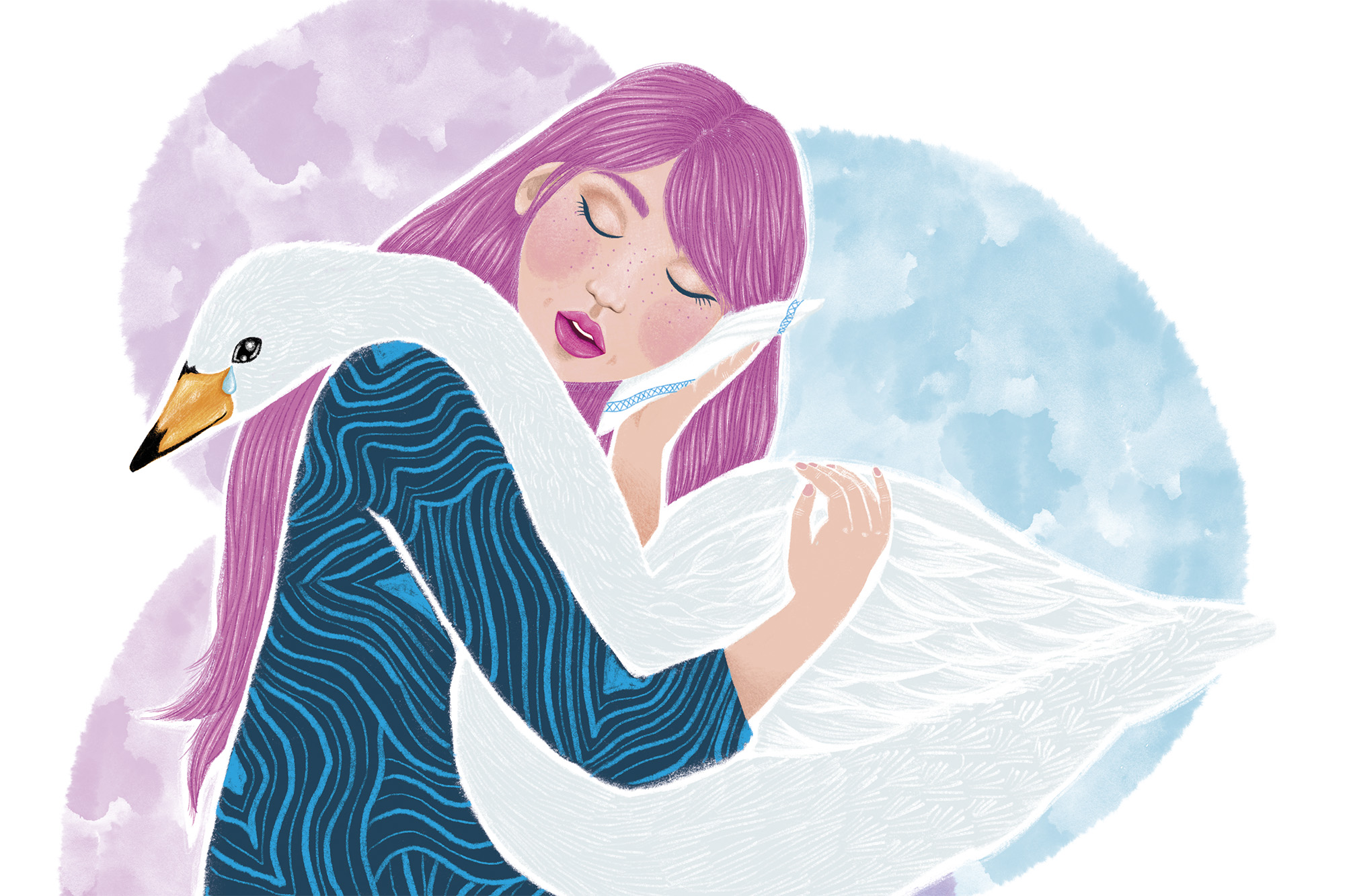 Heidi Kenttälä, 31, is a folk musician and a trained modern-day lamenter from Kittilä, Finnish Lapland. She was introduced to the Finno-Ugric lament tradition – or weeping songs, a translation closer to their Finnish name itkuvirret – when she was studying to become a folk music pedagogue in Kokkola, Northern Ostrobothnia.

The year was 2010. Kenttälä, then 23 years old, says she took up the challenge in a situation where she had not shed a tear in years.

“I decided it was time for me to finally learn how to cry. I feel that my upbringing pretty much restrained me from expressing any strong emotions whatsoever. When the opportunity presented itself, it was both compelling and scary,” she recalls.

She began studying the old recordings of the Finno-Karelian and Ingrian lamenters of the 19th and 20th century and their cultural background. What she discovered was a curious oral tradition on the verge of extinction.

The startling and soothing sadness

Traditionally, lamenting has been a form of collective grieving, the lamenter playing the part of a forecryer in events like weddings and funerals. The improvised poems have a discrete lamentation language of their own that is rich in metaphors and symbolism. Because the verses of the laments are accompanied with heavy sobbing and a flow of tears, the words are oftentimes nearly unintelligible to the listeners.

“At its best, crying is empowering, but people easily see it as odd and alien. There’s not always room for tears.”
– Heidi Kenttälä.

What’s more, the audience is expected to immerse themselves in the lamenter’s wailing. The radical openness and the performative nature of weeping leaves quite many present-day listeners aghast when they encounter the art of lamentation for the first time.

“At its best, crying is empowering, but people easily see it as odd and alien. There’s not always room for tears”, Kenttälä says.

Yet prior to the 20th century, it was common in the Finno-Karelian and Ingrian villages that practiced Eastern Orthodoxy to be familiar with these recurring rituals. There are recordings about weddings where dozens of laments have been wept.

The lively cultural sphere of lamenting once covered regions in Finnish Lapland, too, where laments were practiced by the Skolt Sámi people. Today, however, the Skolts’ own culture association Saa´mi Nue´tt considers Skolt laments a lost tradition in Finland. 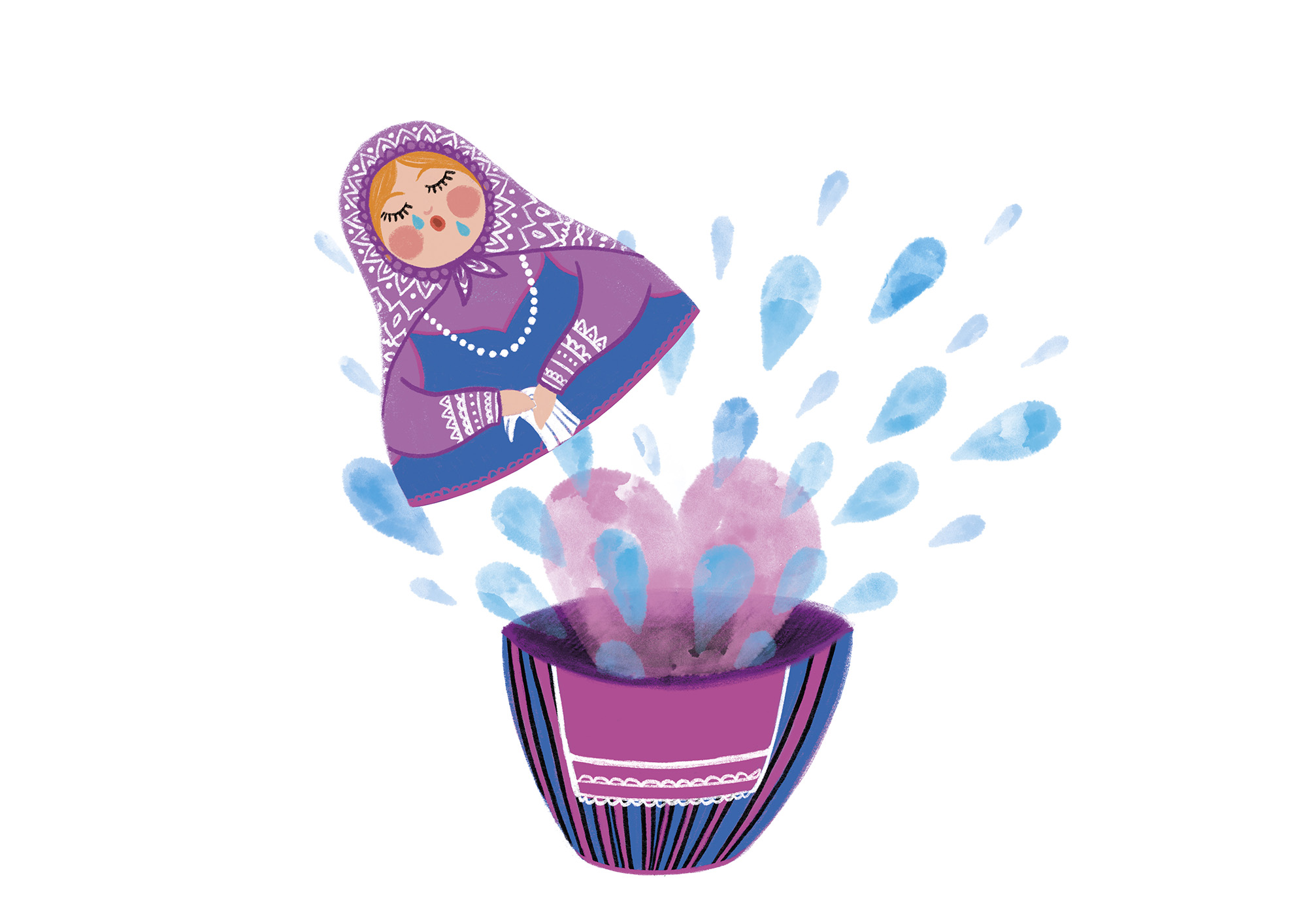 Verses for the weak, the widowed and the newlywed

Researchers believe that lamentation has served homo sapiens as a means of sharing emotions since the dawn of humankind, making it one of the oldest forms of music. The Karelian and Ingrian laments are believed to date back to pre-Christian times.

The motifs of loss, agony and refugeedom can be found in different lamenting cultures all around the globe. It goes almost without saying that in the olden days – before the modern healthcare and the steady security of supplies – Karelians dealt with hardship, war, hunger and child loss to a totally different extent than today. As a result, the Karelian lamenters were much needed members of the community, praised for their talent as poets. The overwhelming majority of lamenters were women: mothers, widows and daughters.

The Finno-Ugric laments fall into four categories. First there are the dirges, which are laments full of yearning. In the dirges the lamenter addresses loved-ones that have passed away. The wedding laments express the confusion of the bride who is forced to part from her family. The wedding laments are prone to be more melodic than the gut-wrenching dirges.

The conscript laments, on the other hand, are weeping songs written for the boys and men joining the army. In the following translated excerpt, an old woman expresses her worry over the young people who were taken to Germany during World War II. As one can see, she calls the younglings by numerous pet names and terms of endearment. The dictator of a foreign country is mentioned abruptly by his true name:

“Listen to me now, my waterlilies,
my dear cherished ones
where am I preparing you for, my washed birds,
where am I sending you, my cherished-with-water-ones?
Shall I bury you in my heart, my born ones

or am I giving you into Hitler’s hands, my formed-with-my-hands-ones,
to the enemies, my woollen-heads, I shall give you”

Akulina Kirillova, born in 1902.
Excerpt from the book Ingrian Laments by Aili Nenola, 2002.

Lastly, there are the occasional laments that channel the personal griefs of an individual lamenter. Not surprisingly, it is the personal lamentation that has been regaining popularity during the 21st century. 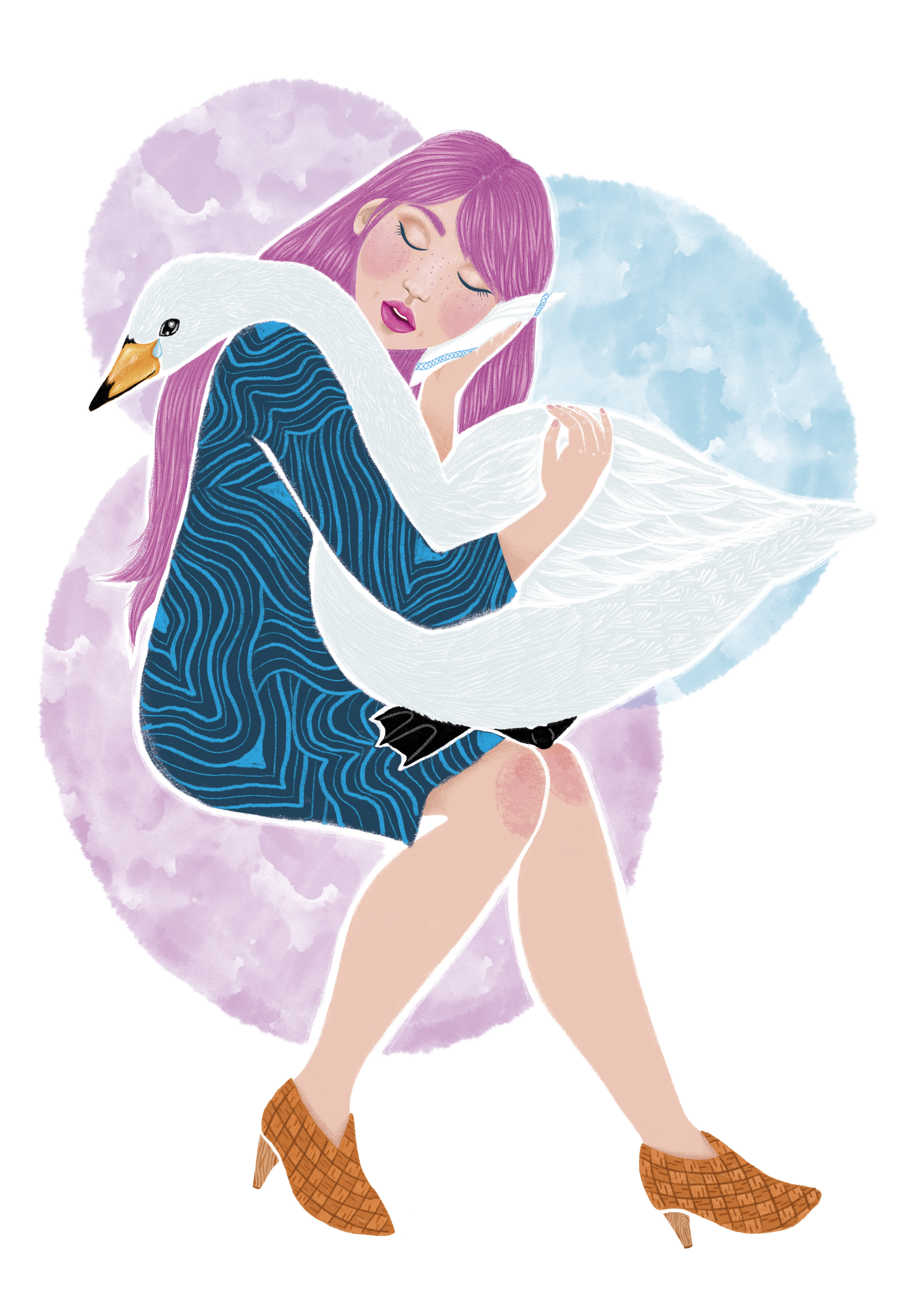 A cry for Mother Nature

Kenttälä’s first lament, the one that taught her to cry, was an occasional one.

“I had to learn everything from the beginning. Sometimes I would just take time and cry patiently for 30 minutes, as if I was meditating. I mourned over the destruction of the Earth and all the angst and weariness that comes with it”, she says.

Kenttälä says that contemporary laments tend to be environmentally aware and intertwined with activism. Natural disasters, the climate change and the ongoing refugee crisis in Iraq and Syria are some of the popular themes.

“And then there is the current Me Too movement. It may provide a good reason to lament”, Kenttälä points out.

One of Kenttälä’s colleagues recently teamed up with nature conservationists to express sorrow over the endangered swamp ecosystems. Even with the times a-changing, the loss of homeland remains an ageless motif.

You are allowed to fake it ´till you make it

Whilst being still invisible in the mainstream, the laments already enjoy a near-trendy status in the field of contemporary arts. Kenttälä says she is regularly invited to perform at festivals. Lamentation is often paired with performance art to make it more approachable. Many of the modern lamenters are former students of the distinguished Sibelius Academy.

Weeping songs interest people as a stand-alone act, too.

“It’s not that uncommon to get invited to perform at a private funeral”, Kenttälä says.

In the spring of 2018 Kenttälä lead a short course on laments in her current hometown Rovaniemi, Lapland. The participants took part for many reasons: others were eager to explore their repressed feelings whilst others wanted to deepen their connection with their Karelian roots.

“We first approached the topic through fake crying. And it was totally alright – even the professional lamenters have to warm up. The real tears will follow eventually”, Kenttälä says.

What happens after a good cry?

“I, personally, experience this comfortable sensation of lightness,” Kenttälä says.

The emotional process is so purifying that Kenttälä likes to wail before her own music performances and lamentation acts. Accepting her own weakness empowers her for action.

That sounds like a lesson that anybody, professional folk musician or not, can learn from. 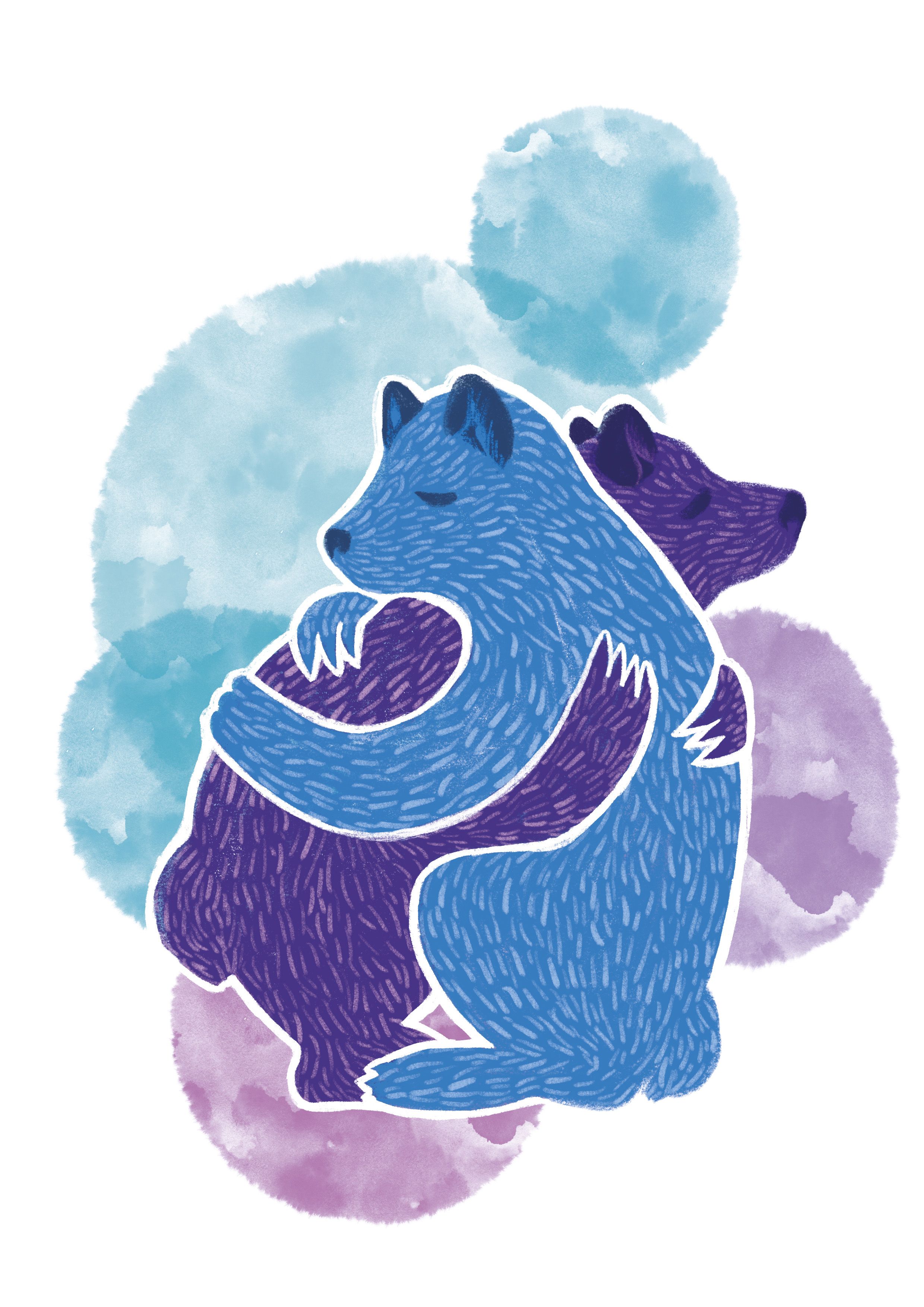 WHY SO SERIOUS, MATTI?

The 19th and the beginning of the 20th century marked the time of national awakening for Finns. The cultural elite of the time was in need of national romantic symbols and narratives that would unite the Finns, still under Russian tsar’s rule. This lead the Finnish and Finnish-Swedish artists and writers to make expeditions to Karelia, an Eastern territory known for its oral lore and musical heritage.

The influence drawn from Karelia sparked the Golden Era of Finnish Art. Most famously, the philologist Elias Lönnrot created Kalevala (1849), the Finnish national epic that consists of ancient poems collected from Karelian singers and seers. The national epic was compiled from the heroic storylines of revengeful protagonists. Today, Kalevala continues to be a Finnish classroom classic.

Lönnrot and his colleagues did record and witness lamentation culture in Karelia and Ingria, too, but they soon found the lamenter ladies’ emotional verses too arduous to write down. “If they would just stop sobbing and being so emotional” was a common reaction of the folklorists.

The laments were considered imperfect partly for their femininity. Albeit deeply symbolic and narrative, the laments did not suffice as building blocks of national identity. The modernization then slowly suppressed the practice as shameful.

The national identity building of the 21st century is no more in the hands of the Finnish cultural elite but the content creators of the web. The cultural memes rely on generalisations and simplicity. The popular webcomic series Scandinavia and the World paints a picture of a frowning and wordless character called Finland. When Formula 1 driver Kimi Räikkönen regularly breaks the Internet with his blunt interviews, he is described as an epitome of Finnishness. The webcomic-turned-book Finnish Nightmares by Karoliina Korhonen introduces the international audiences to Matti, a stereotypically reserved Finn who appreciates his personal space and dislikes chitchat. He sports a Kalevala-inspired väiski hat.

I’ve heard my peers describe the reserved nature of Finns to the exchange students through these same archetypes dozens of times. We have bought the idea of silent and expressionless Finns so well that we don’t hesitate to give foreigners a lengthy and entertaining lecture about it.

What if Finns hadn’t forgotten the legendary lamenters, who would readily weep a song for the moments of joy and sorrow?

Don’t get me wrong. I’m not troubled with stillness of expression per se. Being comfortable with silence is a wonderful trait – and, admittedly, quite Finnish. Nonetheless, I can’t help but wonder whether the modern stereotypes would be different if the shamelessly emotional weeping songs had been accepted to the canon of the Finnish folklore by the early Karelianists.

What if Finns had not forgotten the legendary lamenters who would readily embrace the moments of happiness and sorrow with tears in their eyes? “A land where crying is not a taboo” does have a wholesome ring to it. But is the 101-year-old independent Finland ready for it?