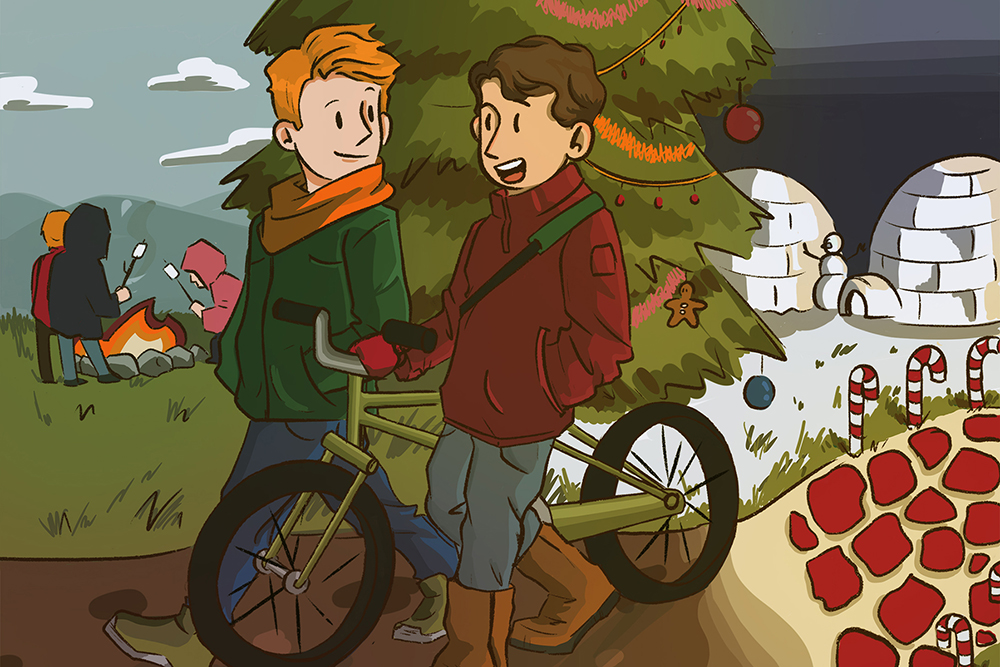 Column: Rovaniemi has much more
than Santa and Reindeers

It’s easy to say that being from this far away, there are some assumptions about how the life is made here in Finland. Being so up north the cold here is truly another reality compared to the south of the Europe. I remember a lot of people telling me that “oh Finland is really cold!” but also we create this idea that in here, since it can be called the Santa Claus land. Dear Santa walks everywhere in town and you can easily spot it, we can just simply walk down the street and find him and take a selfie; I remember a lot of relatives saying “oh you’re going to find Santa take a picture with him and show us!”.

Apart from this two main topics, I consider, about how we picture life in Finland. I would guess that we also think social life is very low in here, since it’s such a cold country, it’s said that it snows all the time that people just stay inside their homes and don’t really hangout. Another interesting assumption is that Finnish people get no sun at all and they are super pale and blonde; in south Europe the majority of people has a natural tan and we are mostly brunets.

So, what exactly happens when someone who comes from south Europe lands in the arctic circle for a few months? I had the luck of getting here right at the end of the summer season, so I could get a little bit of what’s summer here and prepare myself for winter season.

The first aspect that isn’t necessary an assumption of any kind but it really surprised me is how green this whole country is; how many green areas exist and also how separated the houses can be, how short they can also be and how much space for walking you really have. Considering we would think Finnish people would just be inside some sort of igloo all day, the architecture is actually very interesting and almost all of it is made by a very known name in the industry. Also, sadly you don’t casually meet Santa on the streets very casually like you would think off, you need to go to his village, a specific place in the arctic circle, but you do meet a lot of friendly people because the Finnish are quite polite, even that people can think they’re rude just because they might be more introvert people.

Getting in that point of people here being friendly, they also don’t isolate themselves like we assume they do; there is a huge concern here around mental health, because of the hard winter I would assume, and because of that students and adults are always creating gathering events, social meetings and all possible ways to make sure nobody spends too much time alone in here.

In conclusion I think it’s super interesting that an assumption created on people being every time closed in their homes, not being very social, in a country in which Santa goes every street daily and also a country with super equal people (all pale, all blonde) actually reveals that we are so far off from what really goes down in the arctic circle, because it’s a country blessed by winter and snow, yes it is, but it is also a country with so many different people, with so many changes of creating meetings and that it doesn’t have Santa just waiting for you in the corner of the street; he’s waiting for you in his village, but a lot of people are here in the city with the huge green spaces and very few pollution ready to greet you and make you spend the most of your time here.