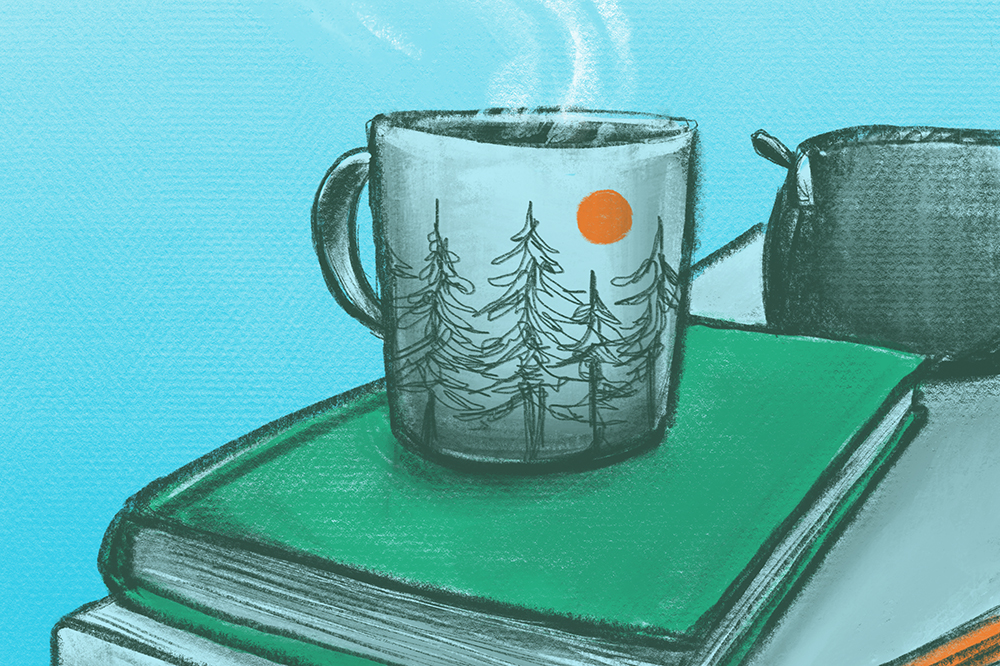 Upon his arrival to Finland Cyril Beer quarantined himself. Being unable to integrate in the local community, he came accross with Finnish values by reading Shakespeare, while his new-bought diary was left unwritten.

A self-quarantine is a life time experience. You should try it one day. For the sake of it. As an international student, I had been advised to keep a diary upon arrival to Finland. This diary would have helped me “to sort out the incoming culture shock”, as it was advertised by the University of Lapland. Well then, I followed the recommendation; I bought my diary – a paper one – and brought it with me. It has soft and sturdy pages and it is military green. Don’t ask me why I chose the one that evokes the military, I did not even attend the service. When I was 18, I wanted to do it. I was one of the few boys motivated by the idea of completing his military service. Unfortunately not only is my eyesight bad, but I am also colorblind. Therefore, I had to pay the taxes instead.

Anyhow, I placed the diary on the left corner of my desk. In this way, I would see it every day. No excuse, I just needed to open it and scribble something – anything. It would have been quick and easy.

I must admit that – indeed! – in 14 days of quarantine, I did not write much. One page at least? No, not even a complete sentence, not even a single word!

“Nothing will come of nothing”, yells King Lear at Cordelia – his younger daughter – when she is unable to tell him how much she loves him in William Shakespeare's play King Lear. In fact, in this situation – a self imposed quarantine – ‘stuck in my room in a foreign country, in an alien culture, with nobody to talk to, I suddenly felt that these words were addressed to me: “Nothing will come of nothing”! As if it was coming from the diary itself, untouched – left with blank pages. 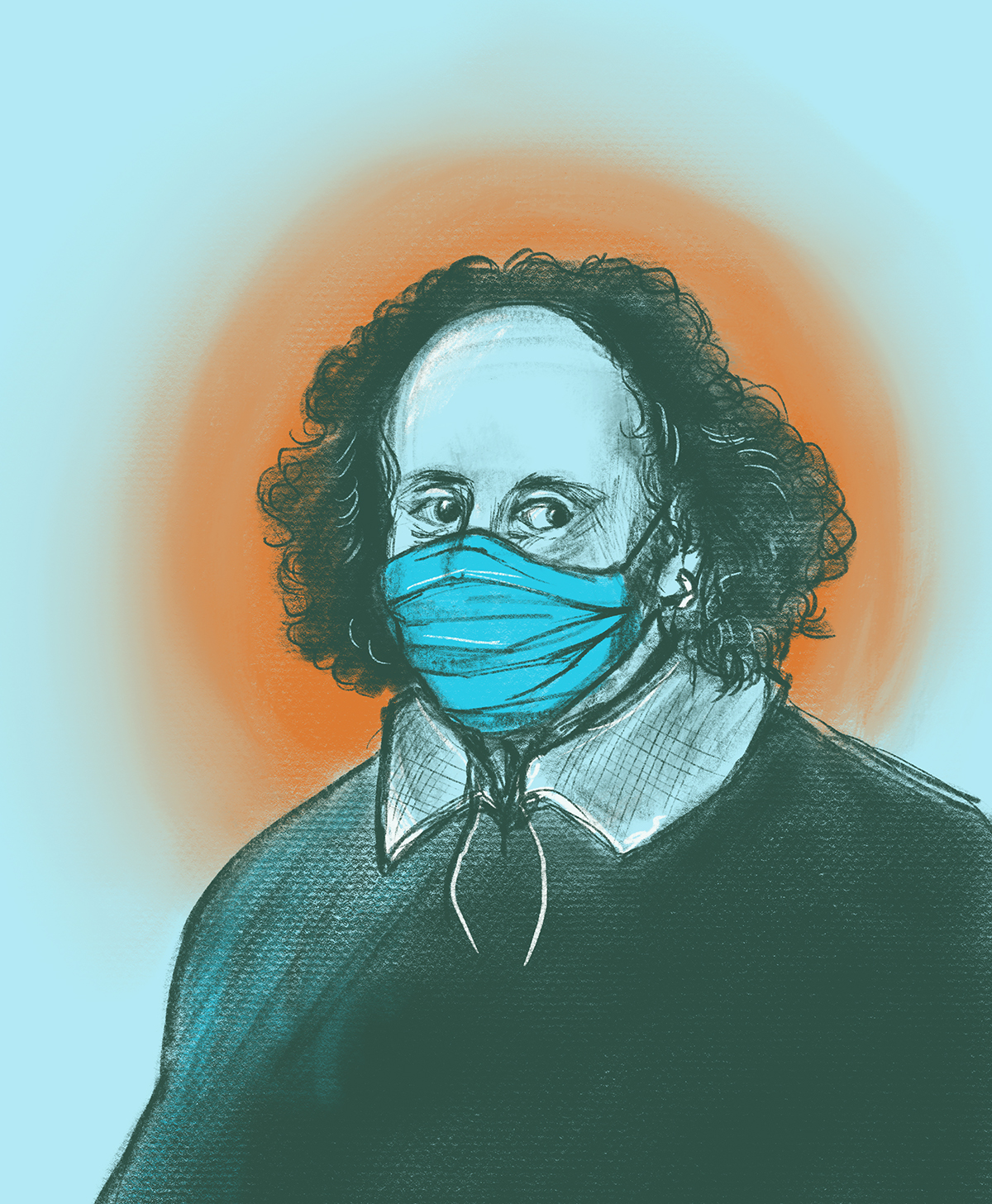 As I was stuck in my room, I did not do nothing. I think it would be quite a challenge not to do anything for two weeks. People who meditate are not doing nothing. We never do nothing. And even though I felt somehow a little lonely, it was not as unproductive as it sounds. I was in Finland ! I had made it in these uncertain times. I had been afraid the semester might have been totally cancelled. For many of my fellow students – no travel. They are now about to start the courses at my home University. No Erasmus trip for them. Not this year at least... Well, I guess I belong to the lucky ones.

Finland? What about Finland? What did I know about this country before I came here? Can I say I had visions? Not the ones of a seer who talks of the future. No, not that kind of sight. Being quite ignorant about Finland, I had some imaginary visions. In quarantine, these visions made me travel in my room. I dreamed – eyes open wide at my ceiling, about a thousand fairy tales. Then I saw dancing trees and smoky rivers, clear lakes and mossy rocks, an eagle flying and a bear eating berries, rugged mountains and plateaus full of flowers. Sleeping dragons were resting their heads on frozen forests. A squirrel jumped swiftly on their scaly backs, looking for spring to heat the earth anew. Were these dreams something I could chase in time to come? Though I now realized that my thoughts were filled with Canadian landscapes. The ones I saw long ago. My mind wandered, for a time at least. There was barely anybody in the building. I arrived 3rd of August 2020 in Rovaniemi. I was one of the first international students to set foot in this strange new world where no one wears a mask.

Of course I could tell you about the petty activities I managed to organize while I was quarantined. Though you surely know that in these extraordinary circumstances not only the rhythm, but also the succession of the days, become hazy. To say the least, Time itself appears to be solid. Whenever you look with enough attention – focus and awake, you might see it flying through the window, saying “Hei, friend, I wish I could bring you food!”. It shows up like a little angel, with red wings and butterfly powder in its hair, shiny as a moth and witty as a weasel. In this essay, I will spare you the details about body nourishing – notwithstanding the fact that I became a real cook – I say quarantine yourself and you will discover a second self, the one you had never expected to meet while breathing this life of yours. Remember, one life. Except if you believe in metamorphosis. Huh? I mean metempsychosis, where the soul reincarnates itself after death. But I will not bother you with that. Neither will I tell you the metal music I have listened to, nor the danish series I have watched, the daily jogging, the video games… Nothing of that will I talk of, but reading Shakespeare.

In time of hardship, reading Shakespeare has always been a relief to me. It frees the mind, makes the imagination new, excites the blood pressure, so much that afterwards the pulse can be heard miles away. In my room, I became an adventurer. I was full of vitality, heart-beating, my soul weeping at Shakespeare’s characters as they chant and claim, growl, sing and preach, fall and die in silence, cry, fulminate in rage and fury, love with passion and sometimes hate even more. Some philosophize in others’ clothes. Some philosophize in their own trousers. While in quarantine, the characters of Shakespeare became real. They had always looked so real to me. In this Shakespearean trip, I discovered that Finnish values are to be found in Shakespeare’s plays and poetry.

Before anything else, I would like to briefly present the Finnish values I am about to relate to Shakespeare. In his book Finland, cultural lone wolf, Richard D. Lewis tells me that there are 10 basic Finnish values: Sense of Separateness, Sisu, Honesty, Hatred of Debt, Luotettavuus or Reliability, Shyness and Modesty, Taciturnity, Directness, Realism, Common Sense. I caught three of them to illustrate my point. First, Modesty, then Sisu, finally Taciturnity.

Well, modesty? This discussion will begin with Shakespeare’s Sonnets. In fact, a single verse of the Sonnets. As a reminder, there are 154 sonnets, each one has 14 verses, with some exception at the end of the sequence. These poems are written in iambic pentameter, which represents a particular rhythm with short and long syllables. For example, the easy-to-remember “To BE or NOT to BE”. Most of the sonnets follow this rhythmic pattern. Now – back to modesty. Shakespeare being one of the greatest writers, a verse from Sonnet 85 struck me: “I think good thoughts whilst other write good words”. At this point of the sequence, praising his love from Sonnet 1, the poet’s voice – who else but Shakespeare himself? – becomes anxious at the idea that other poets are now writing about the object of his idolatry. Shakespeare starts to speak ill of his own poems and refers to his own thoughts as “dumb”, as if nothing more could be written by him. One may think that Shakespeare is writing with tongue in cheek. Is that real modesty, or base irony? Let us have a guess. In my opinion, after having composed so much beauty, the man shows nothing but candor. He questions his own ability to write. His rival poets might have been mighty ones. For that reason, such adversity seems to create a sense of disquietude. Is Shakespeare showing humility when he compares himself to the other poets of his age? Even though he improves his poetry continually – his verses still sung 400 years after his death –, he faces dilemmas when he comes to be his own judge. I call it modesty.

Sisu? What about it? Let me present you shortly The Two Noble Kinsmen. Even better, I will first wear a Finnish value: Directness. After all, why have I done this treasure hunt, unless to reinforce my own integration to Finnish Lapland? I will show you that I am able to write in few words. As Richard D. Lewis claims that “Finns distrust verbosity”, let us change the tone. Sisu ? In the play aforementioned, two knights from Thebes – Palamon and Arcite –, are imprisoned in a tower by the Duke of Athens – Theseus. They begin a friendship that will last a couple of minutes. Trapped, they nonetheless have talks about many, many things in only one scene. When Arcite – empowered suddenly by all the Sisu available in the city of Athens, declares solemnly: “Let’s think this prison holy sanctuary”. Here Arcite modifies his point of view. From the state of being miserable brothers in arms cast in a dungeon with no hope, Arcite alters his perception of the prison in making

it a safe place and a homely atmosphere for them both. His attitude is Sisu-like, incredible, resilient and quite beautiful. In a word, exemplary. 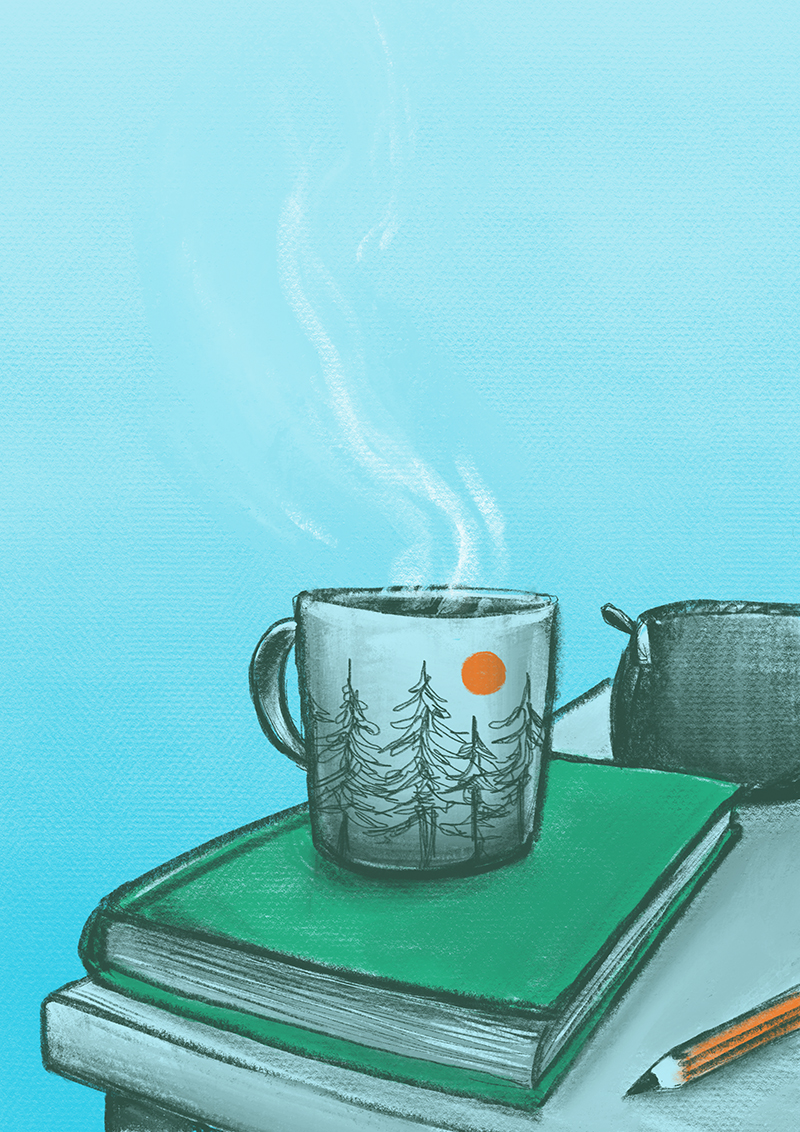 Taciturnity? Here we are. No more panache. In King Lear, Cordelia answers “Nothing” to her father. He wants her to tell him how much she loves him, but she cannot tell. Talking to herself, she says: “What shall Cordelia speak? Love, and be silent”. She loves, why Lear needs to be praised in words? Then she adds – a few seconds later, speaking aside again: “I am sure my love’s / More richer than my tongue”. Why then her father cries out in disbelief? For not speaking plainly her love for him, he discards her from his family, inheritance, every thing. What a misunderstanding ! Lear doesn’t see that words, sometimes, are simply vain, futile, pointless?

When word fails, pictures are sails. I recommend the excellent Romeo + Juliet (1996), from the director Baz Luhrmann, with Claire Danes and Leonardo Dicaprio. It is a fairly modern adaptation of Shakespeare. Here swords are guns. The characters wear Hawaiian shirts and the scene is displayed in a contemporary American city. You might even notice that there is a trendy elevator in the Capulet’s mansion. The tragic intensity and rapid pace of the action will keep you out of breath!

To me, unraveling Finnish values in Shakespeare’s Works was a way to create a sense of belonging.

Now, if I kept your attention until these final lines, you must know the motive behind this little game of mine. To me, unraveling Finnish values in Shakespeare’s Works was a way to create a sense of belonging. In other words, to meet the Finns before I could. Self-captive, my quarantine lasted 336 hours. As I said, a life time experience. If one day you come across a man who mumbles in his beard – palely loitering on the world’s brink, it might be me reciting the golden verses of Shakespeare to the frozen winds. Thus, this was the diary I never wrote. The diary that will never be but blank pages. A diary with brand new paper waiting on the left corner of my desk, leaving stories untold. Like Hamlet in his last breath I say...“the rest is silence”.